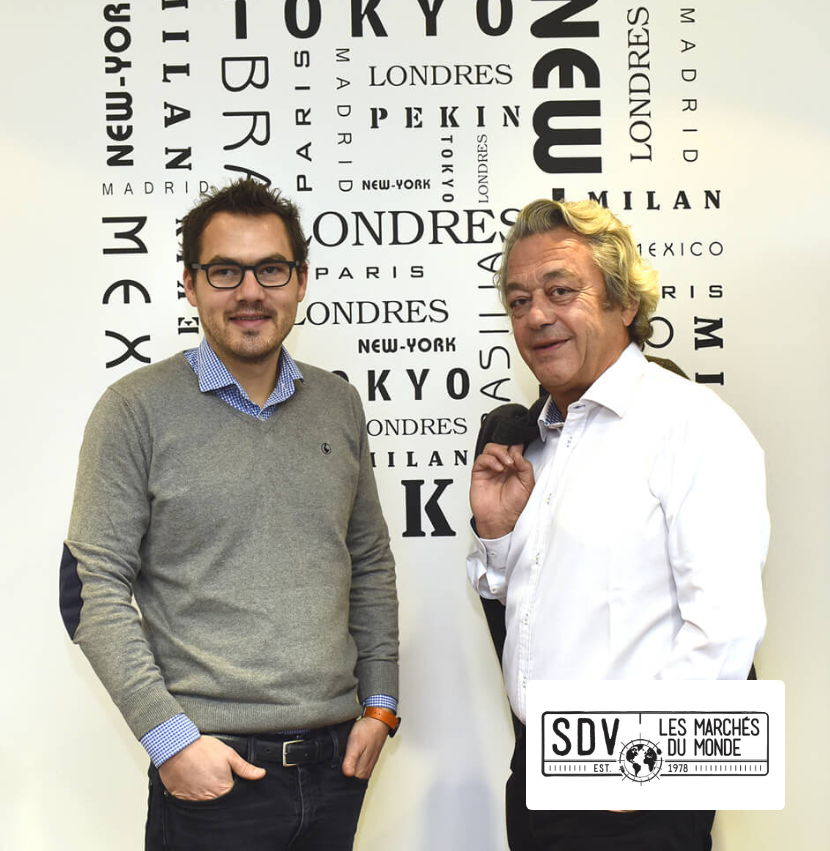 “The we advocacy platform allows us to communicate on our offers and to have clear statistical feedback on the effectiveness of the banners.”

We have the pleasure to collaborate for several years with SDV Les Marchés du Monde !

Specialized in the food industry and particularly in the import and distribution of American, Tex-Mex or Asian products, SDV Les Marchés du Monde stands out from its competitors by offering more than 500 product references!

SDV Les Marchés du Monde uses the email signatures of its teams to relay its news and promote its new products!

Change the way you communicate

Maximize the dissemination of information by involving your teams and measure the impact of your internal and external communication campaigns.

we advocacy was created in 2018 with the aim of helping companies to communicate better by providing them with an ergonomic, innovative and easy-to-use solution.

This website uses cookies to improve your experience while you navigate through the website. Out of these cookies, the cookies that are categorized as necessary are stored on your browser as they are essential for the working of basic functionalities of the website. We also use third-party cookies that help us analyze and understand how you use this website. These cookies will be stored in your browser only with your consent. You also have the option to opt-out of these cookies. But opting out of some of these cookies may have an effect on your browsing experience.
Necessary Always Enabled
Necessary cookies are absolutely essential for the website to function properly. This category only includes cookies that ensures basic functionalities and security features of the website. These cookies do not store any personal information.
Non-necessary
Any cookies that may not be particularly necessary for the website to function and is used specifically to collect user personal data via analytics, ads, other embedded contents are termed as non-necessary cookies. It is mandatory to procure user consent prior to running these cookies on your website.
SAVE & ACCEPT